Tallarook Station is the only operational railway station on the Great Victorian Rail Trail. From Melbourne to the south, or Albury/Wodonga to the north, jump on the V-Line Seymour Line train and get off at Tallarook Station to begin your rail trail adventure.

The station was opened in 1872 along with the line though it, and became a junction for the branch line to Yea in 1883, the line being extended towards Mansfield and Alexandra in later years. A turntable was added when the station became a junction, and the main line was duplicated from Broadford in the same year, the double track being extended north in 1886. The first interlocked signal box was erected in 1885, controlling three platforms and a four road yard. The crossovers for the branch line initially faced Seymour, requiring Melbourne-bound trains to reverse; a Melbourne-facing crossover was added in 1911.

Tallarook township is situated at the foot of the Tallarook Ranges. The Tallarook State Forest covers an area of 1,500 hectares and is a popular recreation area for camping, hang gliding, rock climbing, car and motorcycling touring, horse riding and bushwalking. Mount Hickey, also known as Mount Tallarook, is the highest point and offers extensive views. 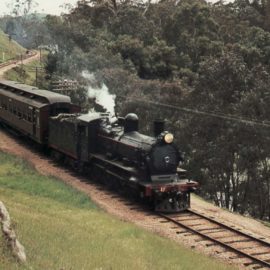 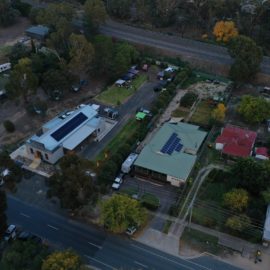