The first section of the line extension from Yea to Mansfield, was started on 27th April 1887 and completed and opened on 12th November 1889 with two intermediate stations, Cheviot and Balham.

Cheviot Station is close to Yea township.  The locality of Cheviot was is was named after a nearby pastoral run called Cheviot Hills, which in turn was named after the locality on the English-Scottish border.  Cheviot station operated between 1889 and 1978.

An old goods shed survives and to the northeast, the Cheviot Tunnel provides an excellent example of brick workmanship of the nineteenth century. 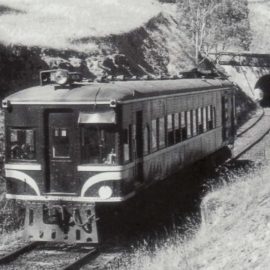