Superfood of the Gods

You’ve heard the buzz - bees are some of the most fascinating and important creatures on Earth!

In fact, it's said that one in every three mouthfuls we eat is the result of bee pollination, so it’s no surprise to hear scientists claim that without bees we would face serious food shortages within just four years (not to mention no more honey on warm toast - eek!)

In this way, it’s the ancient work of apiarists like the Whitehead family at Walkabout Apiaries that literally contribute to the world going ‘round. The Whiteheads have cared for bees in North East Victoria since Rodney Whitehead began his so-called “lifelong apprenticeship” in the ‘70s. Now, the whole family (including grandkids) have a hand in the honeypot, taking their own team ethics from their hard working and precious bees, producing everything from mead to wax candles and (of course) a stunning array of naturally flavoured honeys.

But like any farm, work comes in ebbs and flows and as Greg Whitehead snuggles up inside, keeping warm and devouring honey over Winter, so do the bees (minus the tea and crumpets)!

With every ounce of passion for bees as his father, Rodney, Greg relishes the opportunity to explain the lives of bees during Winter and the scrumptious and life-giving joys honey can bring at this time of year.

"Honey is also good as cough syrup - it’s the exact same thing but you don’t have to buy it from the chemist!"

What do bees get up to throughout Winter?

“They’re mostly bunkering down, keeping warm. They won’t fly on cold days, they stay inside. They might have 2-3 hours flying time a day but that’s about it for Winter.

“In our area there’s not a lot of forage food to find enough nectar to make honey. They use the honey up in producing heat to keep warm as well, so whatever they might find, they’re consuming pretty quickly.

“That said, at the moment I’m looking at a golden ash tree out the front and the bees are actually foraging around that for the pollen.”

When we talk about the health properties of honey, why is it particularly good to include it in your diet during the colder months?

“It’s good all year ‘round, but I think you just love it more in Winter because you’re looking for that scrumptious treat - warm and gooey.

“Honey is also good as cough syrup - it’s the exact same thing but you don’t have to buy it from the chemist. If you’ve got a sore throat it will coat that sore, raw area and help relieve the discomfort - why not have the natural option?”

What’s the best recipe for honey over Winter?

“You can probably pick in my voice I’m a bit croaky right now, so I’m getting into the apple cider vinegar and honey. I like to use our Bloody Good Honey which is essentially a red stringybark. So it’s just a dash of apple cider vinegar, a teaspoon of honey and top it off with hot but not boiling water - you don’t want to use too hot water or you start to kill off the good stuff that’s brewed up in the apple cider vinegar and honey. It’s a decongestant, the acidity is good for killing off the bugs and is good for your digestion - the honey tastes good and helps soothe your throat as well. There’s lots of different things you can do with honey for colds, but like this one the best.”

"The spiced is made with those really Christmassy kind of warmer spices like cinnamon, nutmeg and cloves and you serve that hot"

Which varieties of honey have the best health properties?

“For us it’s about the flavour. There are honeys that are more active in their antibacterial qualities, but those qualities don’t really translate to taking it internally. Usually when we talk about those honeys it’s all about external application - like tea tree honey or manuka. If you eat them the difference is negligible, but if you apply it to a cut, a graze or a burn it will help your skin heal much quicker.

“A lot of the eucalypt honeys are good for your gut flora, and that pertains across the board - good quality stringybark, redgum, yellowbox, blue gum, all those ones are great for your gut health.”

Is mead more of a winter drink?

“We’ve got four mead styles at the moment - the dry, sweet, raspberry melomel, but then we’ve got the spiced. The spiced is made with those really Christmassy kind of warmer spices like cinnamon, nutmeg and cloves and you serve that hot - it’s beautiful on cold days.

“We just pop the lid and put it in a pot of hot water, but you might also choose to do some desserts with it, like poached pears. We’ve done lots of poached pear, it just simmers away with a bit of honey, orange rind, cinnamon stick and serve it up with ice cream or cream!”

What's your favourite way to have honey in Winter?

“In cups of tea - constantly! I like to keep it simple. Beyond that on a good crumpet - like a Silver Creek Sourdough crumpet - with lots of butter. You can over complicate it sometimes when you start involving honey. It’s very full product on its own and it ticks so many boxes without adding anything to it.” 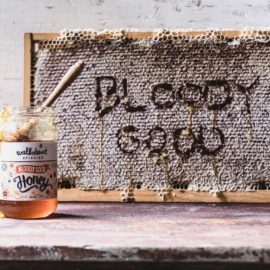 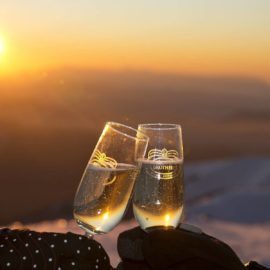 Thaw From The Core

When it comes to Winter, trust these wineries to serve you the very best in big reds, fortifieds and full bodied chardonnays. Check out The Age Good Food Guide 2019 High Country hatted restaurants, sure to dazzle and delight! You don’t have to be fit, an avid cyclist, or even have your own bike… 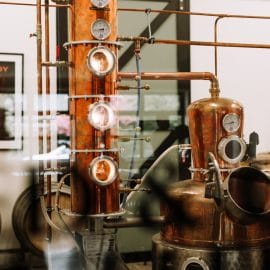 The Evolution of Reed & Co Distillery 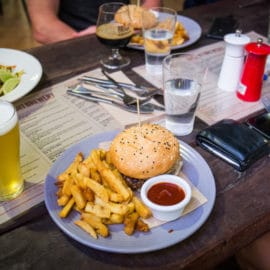 All your favourites and more made with fresh, local produce. Dining on the Deck

For those loving the summer vibes, a little preview of some High Country favourites with outdoor dining!