Take a step back in time with the historic Cattlemen’s Huts of the Bogong High Plains.

The High Country huts are historical monuments nestled in the spectacular Alpine National Park. Some huts date back to the 1860s and remain as a testament to the pioneers who lived, explored and worked on this land. While a few huts were used as homes for workers, others were built to shelter skiers and hikers. Each hut has a story. Pack a lunch and take a tour of the high country huts. Wallace’s Hut – Built in 1889 by the Wallace brothers (Arthur, William and Stewart), this hut is one of the oldest mountain huts in the Alpine National Park. Made from snow gum and woollybutt, the roof was replaced by the SEC when it was used as a worker’s hut around 1946. Drive out past Windy Corner and across the Rocky Valley dam wall for approximately 12km until you see the marked signs to the hut. Park your car and from here it is an easy and very picturesque 750m walk into the hut.

Cope Hut – Proposed by the Ski Club of Victoria as a ski refuge and funded by the State Tourist Committee, Cope Hut was built in 1929. The structure is made from adzed softwood and polished hardwood with a corrugated iron roof. Materials came by dray to Dibbins, then by sled to the High Plains. The hut was classified by the National Trust in 1988. Access to Cope Hut is via the Bogong High Plains road. Pass the Wallace Hut car park and stop at the next side track on the left. Walk about 250m from the roadside gate.

Tawonga Huts – Many huts have sat on the site of the Tawonga huts, with the first built by cattleman John Ryder. This hut was pulled down in 1888 by a horse that was tethered to the hut, but was replaced that same year. A second hut was built in 1923. Currently 4 huts exist on a site 250 metres south of the original site, set amongst snowgums next to a small creek. The oldest surviving hut was built by the SEC in 1928 and towed from Pretty Valley by bulldozer in the 1980’s. The huts as a group are recognised as significant by the National Trust. The walk follows a fire trail from Pretty Valley dam and is 8km return from the carpark.

Pretty Valley Hut – A small timber hut was built in the early 1930s at this site, replacing an old Survey hut demolished in 1928. SEC Huts were placed here in the late 1960’s. This hut was was reconstructed in 1984 and renamed Horsemans Hut by 1990. Materials are mostly bullnose weatherboards and hardwood paling with a corrugated iron roof. There is a potbelly stove inside and toilets across the road. Either walk, ride or drive out to Pretty Valley and you’ll see the hut opposite the horseyards.

Johnston’s Hut – Built by Chris and William Johnston in the early 1930s as the only hut in the alpine area for sheep grazing, it soon became popular as a refuge for skiers. In 1966 the Ski Club of East Gippsland aquired the permissive occupancy. The hut burnt down on 17 May 1976 and was replaced with an almost identical hut not long after. A section of the hut is unlocked as a refuge. The main section which has lighting and heating can be booked by the public by contacting the Ski Club of East Gippsland.

Edmonson’s Hut – n 1953 grazer James (Jim) Edmondson built a hut after leasing the lot in 1945. Timber was brought up from Tawonga by the builder Harry Damm. Jim vacated the block by 1971. The Education Department used the hut mostly for the Bogong School camp in the early 1980s. The hut is a gabled iron clad building with a mezzanine and masonite lining. There are two bunks and a loft for visitors. The Bogong Outdoor centre are the current caretakers.

Fitzgerald’s Hut – George Silas Fitzgerald built Fitgeralds Hut in 1903. Originally it was shingled and later covered with corrugated iron in 1928. The hut received serveral modifications and later was offered as an Open House to the Melbourne Women’s Walking Club. The hut was destroyed by fire in 1991 after the chimney caught fire on a school camping trip. The hut seen today was rebuilt in 1993, with aid of supporters from the Wallangarra Youth Group of Licola. The new hut is of drop slab construction and made from railway sleepers. 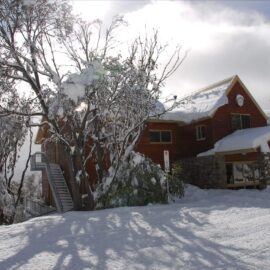 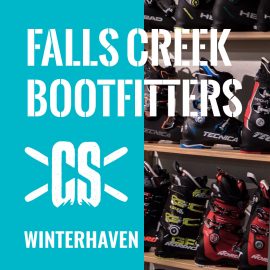 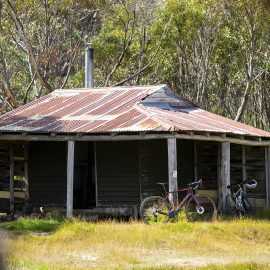 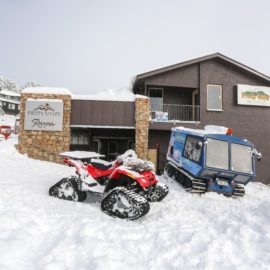 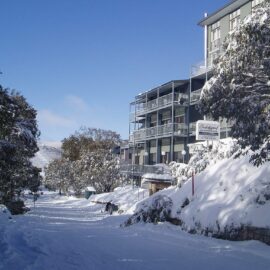