Discover Ned Kelly and our Bushranger Past

Bushrangers were prolific in north-east Victoria during the gold rush, with Ned Kelly, Harry Power and 'Mad Dog' Morgan three of the most infamous. The bloody siege and capture of the Kelly Gang in Glenrowan is arguably the most famous chapter in Australian bushranger history.

Visit the many Kelly and bushranger-related attractions throughout the region: 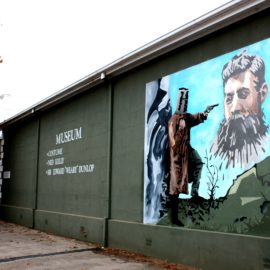